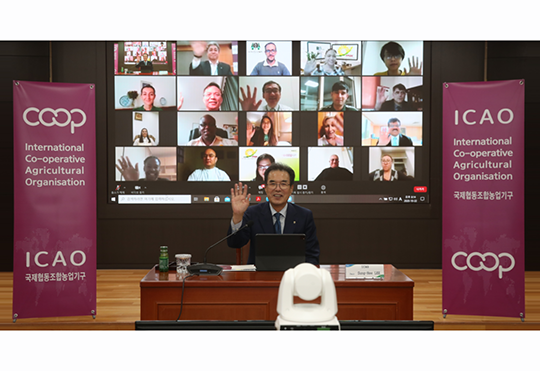 Acting President Mr Sung-hee Lee welcomed all the participants and made an opening speech. Mr Lee stated that the ICAO acts as a platform to share experience and information and he addressed such issues as collaboration with international organzations like the FAO and WFP, initiating joint projects for cooperatives, promoting agriculture and smart farming, the role of cooperatives to mitigate the effects of the COVID-19 pandemic and to achive Sustainable Development Goals.

Following Mr Lee’s speech, ICAO Secretary General Mr Jong-wook Lee presented a report on past activities, finances, membership and activity plans for 2021. Members present at the General Meeting cast their votes online and it was announced that proposed ammendments were all accepted.

Agricultural Credit Cooperatives of Turkey congratulates Mr Sung-hee Lee on being approved as the new ICAO president and wishes him a successful term of office.

Copyright © 2022 All Rights Reserved By Agricultural Credit Cooperatives of Turkey.